EXECUTIVE SUMMARY: Many believe Turkey will return to “Western normality” as soon as Recep Tayyip Erdoğan finishes his political career. But Turkey’s behavior is influenced by the systemic restructuring of the international arena after the end of the Cold War more than it is by Erdoğan’s aura, as was apparent in the 1990s prior to his advent. It is unwise to anticipate a significant change in Turkish foreign policy once Erdoğan leaves the scene. 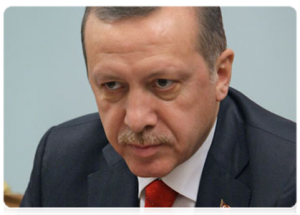 Turkey’s moves in the Mediterranean have been marked for some time by zigzagging. On the one hand, Ankara seems willing to sacrifice its credibility as a NATO member in order to obtain the Russian S-400 Triumph and safeguard RUSATOM’s help in constructing nuclear power plants. On the other hand, it has distanced itself from Moscow’s Syria policy and champions every armed Sunni group operating there. In Libya, too, Turkey supports the local branch of the Muslim Brotherhood. Ankara’s rhetoric continually undermines the status of the Kurdish autonomous region in northern Iraq, which deeply irritates the US State Department, to put it mildly.

To all this must be added Turkey’s anti-Israel position, which reflects a trendy antisemitism among next-generation officials of AKP who seem to have neither the religious clarity nor the political acumen of their ideological forefathers. Nor can we ignore the harassment of Greece and Cyprus in the eastern Mediterranean, which is a fundamental destabilizing factor in the regional balance of power.

It is reasonable to wonder what Ankara is trying to accomplish. It is creating new points of friction at a time when the Turkish economy is showing the fiscal fragility of the 1980s – but this time without the security of American economic solidarity.

Some analysts believe this state of affairs reflects Erdoğan’s personal views regarding Turkey’s international power position. Because of this, they anticipate a spectacular U-turn from Ankara as soon as Erdoğan leaves the scene.

But if we are to understand Turkey’s moves in the 21st-century geostrategic arena, we must ask whether Erdoğan’s foreign policy is the direct result of the defeat of Kemalism in Turkey – or the product of systemic changes that occurred in the post-Cold War polarity structure of the international environment. If Erdoğan’s foreign policy is solely a product of his personality and belief system, the problem is soluble, because no politician lasts forever. But what constituted “normal” Turkish foreign policy in the pre-Erdoğan era?

Relations between Ankara and Washington deteriorated considerably for the first time in 1996-97, when Turkey refused to allow the Americans to use Incirlik Air Base as a point from which to strike targets in Iraq. This was the first time Washington was faced with the reality that Ankara’s relationship with it was not unconditional.

A serious military episode with Greece – the most ominous after the Turkish invasion of Cyprus in 1974 – occurred during the Imia Crisis of 1996, which almost resulted in direct conflict in the Aegean Sea. Turkish-Israeli relations, which had been strong since the Ottoman era, slowly began to deteriorate during the mid 1990s due to Ankara’s decision to champion the Palestinians as a means of making diplomatic gains in the event of a resolution to the conflict. Furthermore, after the end of the Cold War, Ankara and Moscow returned to the harmonious cooperation they had enjoyed in the mid-war period. They established the Black Sea Economic Cooperation Zone, and Russia became the largest export partner for Turkish goods. Moscow did not object to Ankara’s attempts to establish close soft-power ties with the ex-Soviet republics of the Caucasus.

In view of these events, it is reasonable to conclude that it is not Erdoğan who steered Turkey away from the west but systemic changes that occurred in the international arena with the rise of a new multipolar system after the end of the Cold War – changes that predated his rise to power.

Turkey sees itself as a Great Power in the making, not just another part of the western world. This sense of greatness has led Ankara to abandon the European integration process, gravely undermine relations with Washington, and consider Russia and China as equals in terms of international power. But Turkey’s view of itself does not comport with the facts. The country is deeply divided domestically between political Islam and the secularists, and the Kurdish Question grows larger by the day. Turkish prestige has been deeply wounded among western governments and citizens, with the hashtag #WorstAllyEver going viral for weeks on Twitter. The Turkish economy seems trapped in a primitive economic spiral based on small agricultural units and a mediocre tourism market that is negatively affected by the volatility of the region. Turkey is far from technologically advanced, and its involvement in innovative international IT schemes and robotics is almost nil.

Analysts who believe a new dawn will break in Turkey when Erdoğan leaves the stage are mistaken. Nationalism and narcissism are deeply rooted in the collective subconscious of the Turkish state, and the multipolar system is helping those flaws come to the surface. They will continue to dictate domestic developments and the state’s international conduct, with or without Erdoğan.

Note that the two new stars in Turkish politics, Meral Aksener and Ekrem Imamoglu, appear unwilling to break away from the traditional Turkish egotism that moves the crowds. It does, after all, afford political victories in both local and national elections.

Turkish megalomania will produce more instability in the Eastern Mediterranean even as it pushes Ankara deeper into the arms of revisionist systemic actors.

To guard against this, strong political and defensive links between Jerusalem, Nicosia, and Athens should be supplemented by academic cooperation and technological synergies. This strong tripartite bond – which too is the product of new systemic developments in the post-Cold War Eastern Mediterranean and not just a result of the deterioration of Israeli-Turkish relations after Davos 2009 – together with continued productive US involvement in the region will be the best strategic components with which to face down Turkey’s narcissistic self-misperceptions in the decades to come.